What does ‘6+4+3=2’ mean in baseball? And other examples of double plays

You may have seen a shirt or social media post with the equation “6+3+4=2”. Even an elementary school student can tell you that this math doesn’t add up. You would assume 6+3+4=13.

This is not a mathematical equation, but a baseball reference to making a double play.

This article will explain what ‘6+4+3=2’ means and offer other examples of baseball double plays.

The reason that 6, 4 and 3 equals 2 in baseball has to do with how we identify each position on the field.

To make it easier on scorekeepers, each position is assigned a number. This saves you from having to write each player’s name every time they make a play. Instead, you can use their position number.

Instead of writing, “Brian Anderson (3B), throw to Jesus Aguliar (1B), one out” you can simply write “5-3, out”. This tells you that the player at position 5 (third base) fielded the ball and threw to position 3 (first) for the out.

In the case of 6+4+3=2, we’re looking at a double play. Position 6, or shortstop, throws the ball to the second baseman (position #4), who then relays the throw to first base (position 3). This equals two outs, or a double play.

If the shortstop decides to step on 2nd base himself for the out, then it would become a 6-3 double play because the second baseman is no longer involved in the play.

Does the order of the numbers matter?

The order of the numbers reflects the sequence of events in the play. When you see 6-4-3, you know that the shortstop touched the ball first, then the second baseman and finally the first baseman.

Any variation of this order would be a different play.

What are the numbers of each defensive position in baseball?

To help you understand the meaning of a 6-4-3 double play and other events in baseball, let’s look at a breakdown of each position by number.

This will give you a complete view of the field by numbers. It may even tell you which position number you are on your baseball team!

Keep in mind, these are only the defensive positions. Some baseball leagues use a designated hitter, or DH, that replaces the pitcher in the batting order. Since the DH isn’t in the field, he doesn’t get a position number.

To recap, scorekeepers use these defensive position numbers when recording plays on their score card.

Once you know which numbers correspond to each position, it’s easy to read these score records and know the story behind every play and out.

Other examples of double plays in baseball

The majority of hitters are right-handed, meaning they are likely to hit the ball to the left side of the field, which is the shortstop’s territory (position 6). This is why shortstop is one of the busiest positions on the field.

If there is a runner on first, position 4 covers second base and the shortstop flips them the ball for the first out. The throw is then made to first base (3) to complete the double play.

This section will look at other examples of double plays, aside from the 6-4-3.

This is very similar to the 6-4-3 double play and possibly the second most common type.

Essentially, it’s the same as we’ve discussed before but the second baseman (4) is initially fielding the ball.

The shortstop (6) comes over to cover the bag and receives the relay to record the first out, before throwing to first (3) to finish the double play.

This is where it gets the name ‘around the horn’, because the ball goes all the way around the infield.

If this player can’t make the play, the shortstop has an opportunity to make the play and prevent the ball from entering the outfield.

Thus, it’s unlikely for a shortstop to cover second base and make a 5-6-3 double play.

The 1-2-3 double play is cool for two reasons. The most obvious reason is that it follows the numerical order. It also has an exciting sequence of motion.

The pitcher pitches the ball to the batter and the batter hits the ball back to the pitcher. He or she (position 1) fields the ball and throws it back towards the plate for the catcher (2) to get an out.

After this back-and-forth, the catcher then turns and throws the ball to first (3) to get the batter out for the second out.

This is possibly one of the most exciting types of double plays you can have. In this scenario, a runner is already on third base. The batter hits a fly to deep left field. The runner on third tags and prepares to run home.

As soon as the left fielder (7) catches the ball for the first out, the runner on third takes off. The fielder quickly throws it to the relay, in this case the shortstop (6), who fires the ball to the catcher.

If the throw is quick enough and the catcher tags the runner before he touches home, you have a 7-6-2 double play.

Sometimes, the left fielder will make the throw without the help of a relay. This would be a 7-2 double play.

Not every double play goes according to plan. One errant throw can turn a 6+4+3 double play into a much more chaotic 6-9-4-2-5 double play.

If the defense catches a runner in a pickle between two bases, you may have something like a 3-6-3-4-2-6-3 double play. Again, the sequence of the numbers helps tell the story of what happened during the play.

For example, let’s break down what might lead to a 6-9-4-2-5 double play. The ball is initially hit to the shortstop (6). In a rush to get the runner out that’s headed to second, the shortstop overthrows the ball and it sails into the outfield.

The left fielder (9) races to get the errant ball. In the meantime, the batter has passed first and is well on the way to second. After fielding the ball, it’s quickly thrown to second base, just in time to get the runner and the first out.

The second baseman (4) reacts quickly and throws home to the catcher (2) to get the lead runner. The runner realizes he’s in trouble and slams on the brakes, turning around and going back to third base. The catcher relays the ball and the team (finally) tags the runner out at third (5).

It may seem like a mess but these types of double plays happen more than you’d think!

Does a double play in baseball have to involve two or more players? No, a single player can record a double play on their own. This is known as an unassisted double play.

An unassisted double play is rarer than other types, but there are a few scenarios where this could happen.

The first case is when there is a line drive to a base occupied by a runner. The fielder at this base catches the ball on a line, meaning the runner has to scramble back to the bag. If the fielder steps on the base or tags the runner first, it’s a second out and an unassisted double play.

The next time you see the equation ‘6+4+3=2’ you’ll know exactly what it means. It’s a baseball joke regarding how a common double play is recorded on a scorecard. Each number corresponds to a position.

There are many different types of double plays and configurations of numbers, but the 6-4-3 is easily the most common, which is where we get the joke. 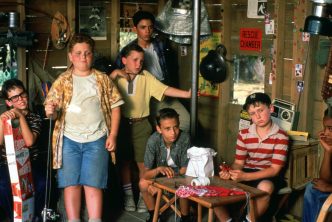 The 5 best baseball movies for kids 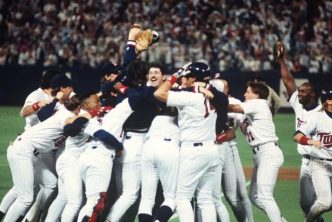 The 8 greatest MLB games of all time 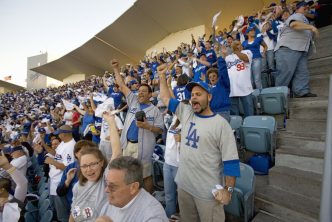 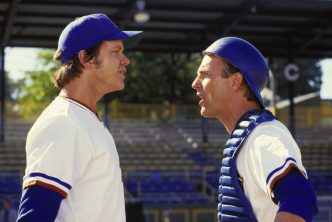