Today, we’re going to take a look at the 2022 Voodoo One BBCOR baseball bat.

It’s one of the best performing bats on the market, but players are finding that there are a lot of durability issues.

The 2022 Voodoo One is a one-piece alloy model that offers great pop.

Durability is a major concern with this bat. So, if you decide to purchase the 2022 Voodoo One, you’re taking a risk the moment you leave the store.

That being said, you’re getting a bat that will perform really well until it breaks down.

You may find that our rating is significantly lower than some of the other sites that offer reviews. We believe that there are two key reasons.

To those points, we say this: Durability is a key issue in deterring what “the best” bat is. Durability is even more important when trying to help you decide what bat is worth the cost.

Finally, we take pride in constantly evaluating the bats that we’ve reviewed. If we’ve made a mistake, we want to fix it.

We believe that we owe that to you. So, don’t be alarmed by the fact that our scores differ from some of the competition.

There is some overlap between build and durability, but we’ll try to separate them for the most part.

The 2022 Voodoo One features a new end cap known as a “Tracer End Cap”. It’s designed to be lighter and help to increase bat speed. The X14 alloy continues to impress as it has in the past.

The Voodoo One is fairly standard in the handle and grip. The tape is a pretty average grip tape and because it’s a one-piece model, there is a lot of vibration on mishits.

What’s truly amazing about this bat is how well it performs. It has a balanced swing weight and an easy feel in a hitter’s hands.

Most players testing it out said that it just “felt right”. There’s something to be said for a bat that feels good in a player’s hands.

Note: We want to reiterate, the “build” grade is focused on how the bat is put together and how it performs when a hitter uses it. The durability issues are not part of the build grade.

Like most one-piece models, the Voodoo One has issues with vibration. Because there is no collar to cut the negative feedback, it’s not the most comfortable bat to swing.

Add to that the fact that there isn’t anything special like lizard skin tape or a cushion in the handle and you’ll find the comfort a bit disappointing.

Players that we know and customers online have come out at mass to offer negative feedback in regards to the durability of the 2022 Voodoo One.

There are two major concerns here: the end cap and the knob. As mentioned above, this bat has a new Tracer end cap this year. It was designed to be lighter and provide better bat speed.

With a lightweight material, you always run the risk of going too far and losing durability. So, we understand how that could happen here.

As for the knob, it doesn’t seem like there are any large scale changes in the knob or handle. However, we’ve talked to several players who have said that the knob just broke in their hands.

It doesn’t fully make sense to us, but we’re thinking it could be a manufacturing defect. Regardless of the reason, having a bat consistently break is unacceptable on every level.

To be fair, not all bats are breaking down. The number of complaints that we’ve heard is enough to be concerning though.

The Voodoo One is well-known for its quality and pop when it’s on the field and in one piece.

When we were able to test it, the Voodoo One measured with great exit velocities and consistently made the ball jump off the barrel for several players.

There were a number of players who seemed like gap and fence power guys that could put the ball out of the park with this bat.

Trying to provide a true grade on pricing is a bit difficult. The bat is listed at $350. It sold out about as quickly as any bat on the market.

Now, it’s incredibly difficult to find from a distributor and the secondary market (people reselling the bat they purchased) has some insane prices.

We’ll focus on the $350 price tag that the manufacturer created. $350 is the top price point that you’ll see one-piece aluminum models listed for.

That’s already something that will knock the pricing down. Add in the durability issues and we just can’t support a price tag this high.

When it’s on the field, this bat offers elite performance, but all too often we’re seeing this bat break down and leave hitters waiting for a replacement.

Compared to other BBCOR bats

Here are a handful of alternative options to consider before settling on the DeMarini Voodoo One.

You can also check out our picks for the best BBCOR baseball bats this season.

Voodoo One vs. DeMarini The Goods One Piece

DeMarini is known for providing high-end bats, so it’s disappointing to see the gap between these two models.

The Voodoo One struggles, largely because of its durability issues. The Goods is one of our favorite one-piece models. The Goods One Piece provides a bit more pop, reduces vibration, and is a much safer bet to make it through the season.

The Voodoo One has the same price tag, but won’t provide quite the same pop. Its durability is the key concern here. This is an easy choice. We’ll take The Goods every time.

Voodoo One vs. Mizuno B22-Hot Metal

There aren’t many perfect comparisons to the Voodoo One because it’s a one-piece model that provides a lot of pop.

The Hot Metal is another one-piece aluminum BBCOR bat that will provide some pop; granted it will be significantly less than the pop than the Voodoo One.

Where the Hot Metal does better is in its durability and its price point. The Hot Metal is only $200 which makes it one of the best value BBCOR baseball bats available today.

We also haven’t heard any durability concerns the way that we have with the Voodoo One.

Overall all, we’ll take the value, performance and durability of the Hot Metal.

Voodoo One vs. Easton Alpha ALX

The Easton Alpha surprised us a bit this year. It performed much better than expected. It outperforms the Voodoo One in everything but pop. That’s no surprise given the exit velocities that the Voodoo was showing.

That being said, the Alpha ALX manages to do better in comfort, pricing, and obviously durability.

The one real downfall that we found with the Alpha is that its sweet spot is closer to the end of the bat that we’re used to. Some players did struggle to get used to it.

Because of the location of the sweet spot, those exit velocities were high but inconsistent.

In the end, we’re taking the Alpha ALX because of its quality, durability and price tag.

Who is the 2022 DeMarini Voodoo One BBCOR best suited for?

This bat offers some of the best performance on the market, but it comes with heavy risk. This bat is probably best for someone who rotates multiple bats through their arsenal.

Some players like to switch it up throughout the season. It could also be beneficial if you’re buying bats for team use.

The Voodoo One is going to produce, but it certainly shouldn’t be the only bat you have. Our fear, after talking to dozens of players, is that you could be left without your own bat when stepping to the plate.

With baseball being a sport of habit and consistency, we’d hate for you to be in that situation.

We want to love the Voodoo One, but we just can’t quite get behind it. As mentioned above, the durability is a major concern, and we can’t give a bat praise if we expect it to break down before you finish your season.

On the field, this is a top 5 bat. Due to its price point in connection with its durability concerns, the Voodoo One ends up close to the bottom of our list.

We fully understand that a bad rating on the 2022 Voodoo One is a strong stance that most sites aren’t willing to take.

Too many players have told us that the knob and the end cap have broken on them, so we can’t trust the bat.

If you have a different opinion, we’d love to hear from you. 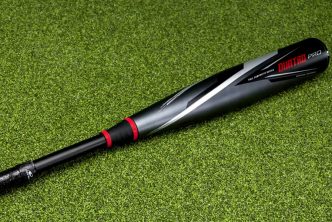 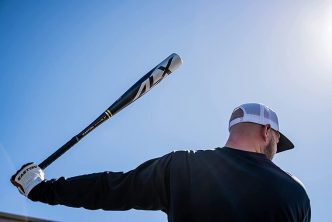 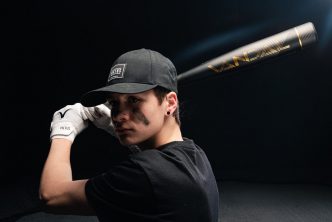 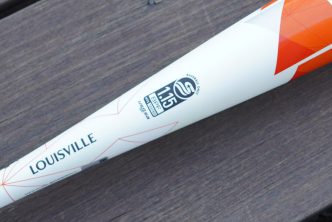